At the heart of your pursuit for a new or upgraded PC lies an important decision: Should you use an AMD or Intel CPU? Like MacOS versus Windows, the AMD versus Intel rivalry is one of the greatest debates for PC enthusiasts, and right now we are in the middle of a neck and neck race that’s bound to get even more heated.

Which is best for you?

For much of 2020 and 2021, Intel experienced the same kind of downturn AMD experienced in the 2010s, as Team Red dominated gaming and general compute with its Ryzen 5000 chips. But in late 2021, Intel launched its 12th-gen Alder Lake-based CPUs and suddenly tied the score. The race for CPU domination has perhaps never been this tight.

Now that 2022 is here, we’re going to look at the state of affairs for AMD and Intel. In the past, AMD CPUs were the best option in only budget and entry-level portions of the market, but that changed with >AMD Ryzen 3000 and >AMD Ryzen 5000. While AMD has traditionally been the best bang for buck option, this time things are different, and Intel tends to offer the best value. But that doesn’t mean Intel is losing to AMD. In fact, its >Core i9-12900KS is generally regarded as the overall fastest CPU you can buy.

The most affordable AMD or Intel chips will cost between $40 and $60 for a couple of cores and energy-efficient clock speeds. The best midrange CPUs will set you back between $200 and $350, while a top gaming CPU is priced around $500. If you want to accelerate intensive tasks like video editing and transcoding, you can spend anywhere from $600 to almost $1000. Intel and AMD have excellent processors for gaming and productivity tasks like video editing and transcoding. Neither Intel nor AMD have a single CPU that is the best at both things, however. Intel’s Core i9-12900KS is great for productivity and gaming, >beating the Ryzen 9 5950X in both categories, but AMD’s gaming-focused >Ryzen 7 5800X3D is much faster in games.

You don’t need to buy the best to get a href>great CPU for gaming or work, though. At around the $250-300 mark, Intel’s Core i5-12600K is certainly the CPU to buy. It’s fast in games and productivity, even beating out AMD’s Ryzen 5 5600X, which was our previous favorite for the midrange.

Intel has also been releasing many budget-level CPUs in the $100-200 range, such as the Core i5-12400 and Core i3-12100. It was actually quite easy for Intel to dominate this segment with its new 12th-gen CPUs because AMD had been seriously neglecting the budget segment. AMD finally updated its budget offerings in April with CPUs such as the Ryzen 5 4500 and Ryzen 5 5500, but these CPUs have not been received very favorably because of their price and also because the 4500 is based on the much older Zen 2 architecture.

If you’re planning on building a cheap system with no discrete graphics, Intel is practically your only option. AMD’s modern Ryzen 5000 APU lineup starts with the Ryzen 5 5600G, which is almost $200. While Intel’s integrated graphics are usually slower than AMD’s, the Core i3-12100 with integrated graphics is cheap, fast enough, and pairs well with a future midrange GPU. Meanwhile, Intel is preparing its 13th-gen CPUs based on >Raptor Lake, which at the moment seem like more powerful versions of Alder Lake. Intel hasn’t talked much about architectural improvements, but it has said Raptor Lake won’t be on a new process, which means the new CPU probably won’t be quite as radical of an improvement as Ryzen 7000 could be. 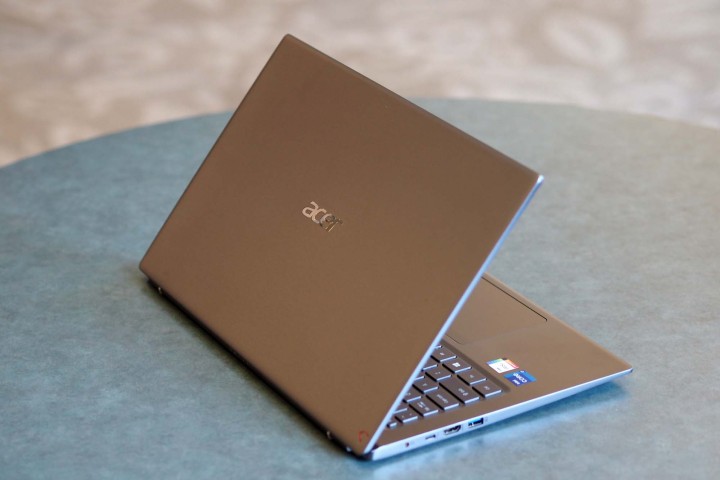 If you want to use your PC for heavy video editing at high resolutions, perform intensive video transcoding, or perform any other intensive task that can benefit from even more power than the best mainstream CPUs can offer, then high-end desktop, or HEDT CPUs, could be what you need. AMD and Intel have options in this space, with higher core and thread counts. AMD’s options remain the most capable and cost-effective, however.

Intel’s HEDT line reaches up to 18 cores and 36 threads with the 10980XE, but even if you can find it in stock, you’ll pay its suggested retail price of $980 despite it being nearly three years old. Although the 10980XE is several generations old now, it’s still a powerful CPU, but it’s hard to recommend when you consider AMD’s alternatives.

AMD’s 5950X mainstream CPU already offers credible competition for the 10980XE at under $800, so it offers far better value for money. But if you want extra performance, the sky’s the limit.

AMD’s third-gen Threadripper CPUs offer 24, 32, and even 64 cores with support for double that number of simultaneous threads, all while maintaining clock speeds around the 4GHz mark. If your software can make use of all those extra cores, AMD’s Threadripper CPUs offer unparalleled performance outside of obscenely expensive server CPUs, easily outstripping the Intel competition. They also support a greater number of PCIExpress lanes — 64 versus just 44 on the Intel alternatives — making them more suited to larger storage arrays.

What about Threadripper 5000? Well, those never launched as standalone CPUs. Rather, you can only find them in the Lenovo ThinkStation P620, and these are the Pro WX versions. Professional-grade hardware tends to cost quite a bit more than the consumer stuff. So, if you wanted to build your own HEDT, your options aren’t great: Affordable but ancient Intel CPUs on one hand, modern but insanely expensive AMD CPUs in prebuilts on the other.

The laptop market is a different story. Most notebooks you’ll find are based on an Intel processor of various generations and integrated graphics. As >a Dell representative once indicated, Intel’s portfolio is simply huge compared to AMD, and its current lineup of laptops and the CPUs inside them are better than ever.

Intel’s laptop CPUs, just like its desktop CPUs, are powered by Alder Lake, and you should be able to find laptops equipped with 12th Gen CPUs in pretty much every segment. Alder Lake comes in four flavors: the low power U models, the middle power P models, and the high power H and HX models. Generally speaking, the more power, the faster the CPU, but there are some H and HX CPUs with fewer cores than P CPUs, so performance will depend on more than just power.

Generally speaking, you’ll find U- and P-type CPUs in lighter, thinner laptops with a focus on good battery life, decent integrated graphics, and overall satisfactory performance. H and HX CPUs are primarily for gaming laptops and they’ll usually be paired with a powerful AMD or Nvidia GPU (and soon, Intel GPUs).

AMD has recently launched its Ryzen 6000 CPUs, and while they are good, they’re limited to competing in the low end and midrange. In its review of the Ryzen 6000 equipped Asus ROG Zephyrus G14, Techspot found that while >Ryzen 6000 could certainly go head to head with lower power 12th-gen CPUs, it couldn’t keep up with more powerful CPUs like the Core i7-12700H. It’s even worse for AMD when you consider that the 12700H isn’t even Intel’s fastest mobile CPU. AMD’s biggest issue is that its fastest laptop CPUs only offer 8 cores, while Intel’s fastest has 16.

AMD uses basically the same naming scheme as Intel, allowing options in thin and light notebooks and >high-end gaming laptops alike. The current generation is Ryzen 6000, but you may find Ryzen 5000 CPUs in laptops, too. They’re both based around the same architecture, so although Ryzen 6000 offers performance improvements, they aren’t massive.

Both AMD and Intel offer credible performance for work and play, and there are many more considerations to make when buying a laptop than the CPU, so looking at individual model reviews is a must. That’s especially important in 2022, as Intel tries to resecure its traditional position in the market against AMD, which is vying for more market share.

Which is best for you?

For everyday web browsing, watching Netflix, and answering emails, Intel and AMD CPUs will give you excellent performance right out of the box. There are certain tasks, though, where one company’s options perform better than the others.

If you’re looking to work with your processor performing intensive multithreaded tasks like video editing or transcoding, or heavy multitasking activities with tens of browser tabs open, Intel is the best option, especially for laptops. On the desktop, AMD isn’t far behind.

If you’re buying a laptop, both Intel and AMD are good options until you get to high-power and high-performance laptops. Intel has 16 core CPUs and AMD can only muster 8 core CPUs, so it’s not that AMD is bad for the high end, they simply don’t exist there at the moment.

The good news is that there really isn’t a bad choice in a CPU market — AMD and Intel are both operating at full tilt, so the AMD vs. Intel comparison won’t stop anytime soon. Your best choice is to pick the processor that’s cheaper, available, and works with the components you already have.