How to Move a Window to Another Monitor on Windows 11

If you’re running multiple monitors on Windows 11, it’s easy to move an existing app window between two or more displays. We’ll show you how to do it using the mouse or a keyboard shortcut.

First, Make Sure Extend Mode Is On

To move Windows between more than one display, you’ll need to use a special multi-monitor mode called “Extend,” which extends your desktop across all available monitors. To do so, press Windows+P on your keyboard to open the “Project” menu (as in “projection”). Select “Extend” in the menu when it appears. 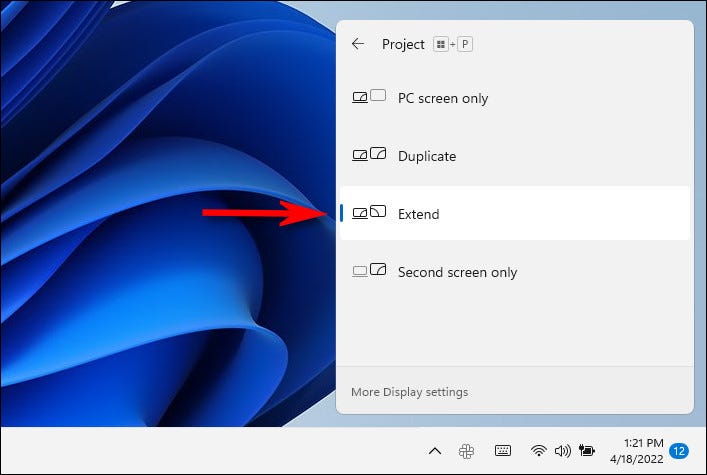 It’s important to note that some games that support multiple monitors have their own in-game multi-display settings. Make sure you check the game’s settings mode for display options after switching to Extend mode to make sure they work properly.

How to Use Multiple Monitors to Be More Productive

Now that you’re in Extend mode, it’s easy to move app windows between two or more monitors with your mouse. Click the title bar of the window you want to move and drag it to the edge of the screen toward your target display. When the window meets the edge of the first screen, it will begin to appear on the other monitor. Release your mouse button once the app window is where you want it.

To reverse the process, just drag the window back to the edge of the screen again.

In Windows 11, you can also move a window to another display instantly thanks to a handy keyboard shortcut—no mouse required. Here’s how to do it: 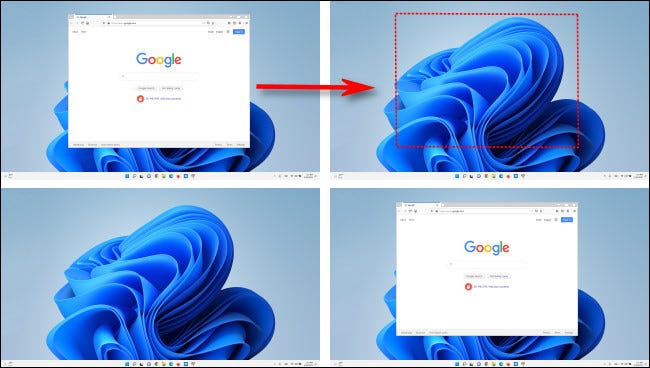 This keyboard shortcut method works across as many monitors you have hooked to your PC. If a window reaches the highest-numbered monitor while moving, it will wrap around and appear on the lowest-numbered monitor, and vice-versa.