They're mostly interchangeable but not identical

You might watch TV shows on your computer monitor or play computer games on your HDTV, but that doesn't make them the same device. TVs have features that aren't included in monitors, and monitors are generally smaller than TVs. However, they do have a lot in common. We examined the differences and similarities between these two bits of hardware. Keep reading to learn how computer monitors and TVs stack up. 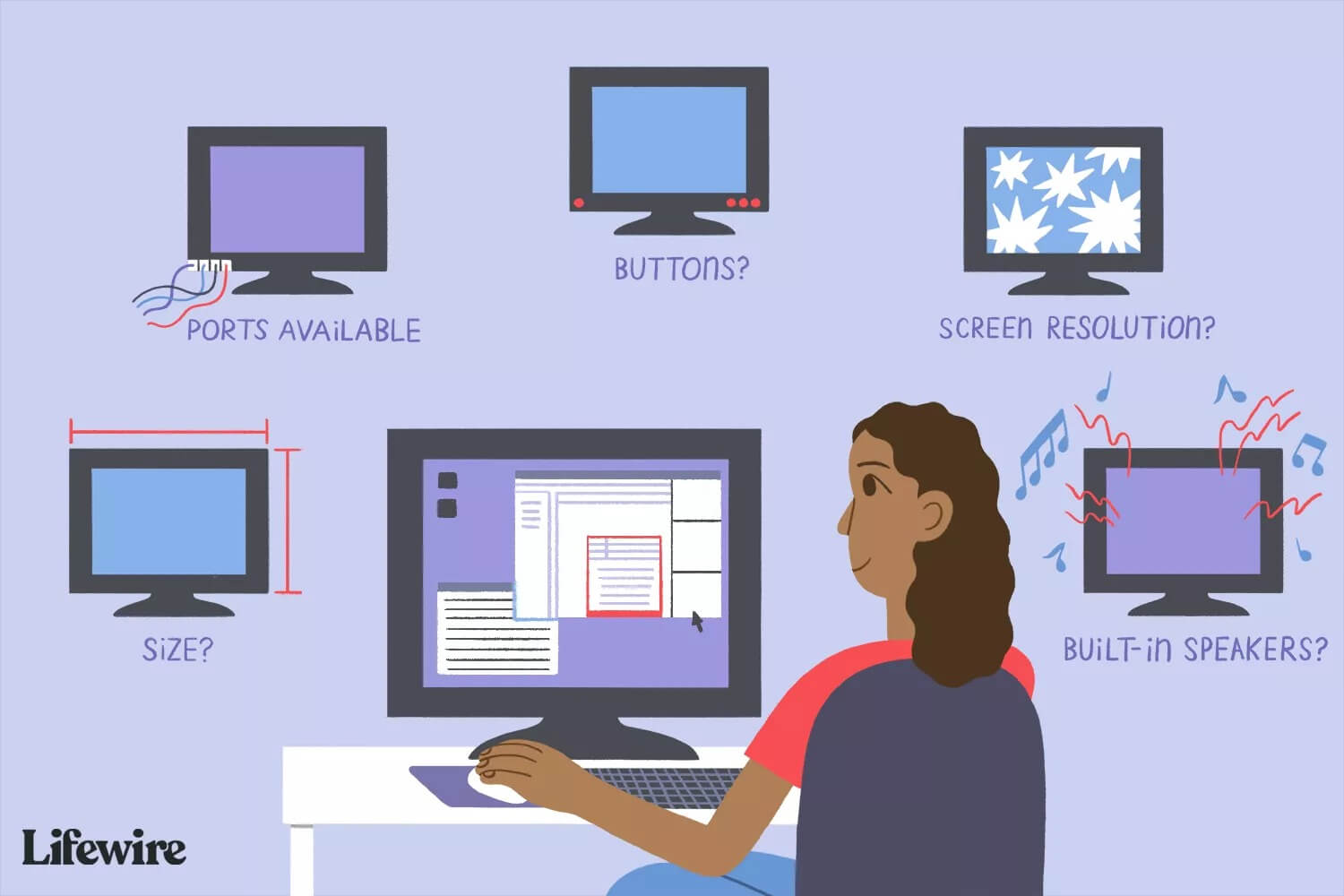 Both a TV and a monitor provide high-definition displays for movies, games, and productivity. There's overlap in terms of price, size, and functionality. Which one you use depends on your preferences and needs. TVs and monitors can work together to give you an extra screen for your computer or a bigger display for presentations and media.

Overlap exists between the sizes of TVs and monitors. However, TVs are generally much larger. HDTVs are often over 50 inches, while computer monitors usually remain below 30 inches. One reason for this is because most desks don't support one or more massive computer screens like a wall or table does a TV.

One place monitors provide more variety is aspect ratios (the ratio between the screen width and height). Most HDTVs have a standard widescreen ratio of 16:9. But because monitors might have to support different work configurations, they offer more variety. You can find extra-wide monitors or more narrow ones if space is a consideration.

Ports: You May Get More With a TV

When it comes to ports, both modern televisions and monitors support VGA, HDMI, DVI, and USB.

An HDMI port on a TV or monitor connects a device that sends video to the screen. This might be a Roku Streaming Stick if using a TV, or a computer or laptop if the HDMI cable is connected to a monitor.

VGA and DVI are two other types of video standards that most monitors and TVs support. If these ports are used with a television, it's normally to connect a laptop to the screen. In this case, the screen can be configured to extend or duplicate it onto the TV so the entire room can see it.

A USB port on a TV is often used to power a device that's connected to one of the video ports, such as a Chromecast. Some TVs support showing pictures and videos from a flash drive plugged into the port.

All TVs have a port that supports a coaxial cable so that a cable service can be plugged directly into the TV. They also have a port for an antenna. Monitors don't have these connections.

With both TVs and monitors, adapters and bridges are available that can turn, for example, one HDMI port into five or more if you need additional ones. But generally, a TV will come out of the box with more ports than a monitor since you're likely to plug more external devices into a TV.

Price: You Get What You Pay For

Because of the differences in available sizes and functionality, there's a similar gap in price between the cheapest and most expensive of both categories.

The cheapest (and probably smallest) TV or monitor will cost less than a hundred dollars. The most expensive monitors come in around $5,000, while the highest-end TVs are almost 10 times that. This difference is due to the size gap along with resolution, screen type, inputs, and more.

You can probably find similarly sized TVs and monitors at similar prices, but the fanciest monitor will consistently be cheaper than the newest TV.

Screen Resolution and Type: Everything Is Available

Common display resolutions for monitors include 1366 x 768 and 1920 x 1080 pixels. But some match the most pixel-dense of TVs. Both support 8K displays with resolutions of 7680 x 4320. In both cases, these higher counts cost extra.

TVs and monitors are available in different screen types, including LCD, LED, and OLED. The latest thing in TVs (but not monitors) is QLED. The general rule is that as you add letters to the screen type, the quality (and price) go up. OLED and QLED screens light each pixel on the screen independently. LCDs and LEDs use a backlight to illuminate the whole screen at once.

OLED and QLED technology haven't made it to monitors yet, so TVs have a slight advantage here.

How to Use a TV as a Computer Monitor: Learn More

To decide which you should invest in, know what you want the screen to do and how you want to use it. Do you want to play video games? Watch your Dish cable service in your living room? Use Photoshop on a big screen? Browse the internet? Skype with family?

The important things to look at are the size of the screen and the available ports. If you have a laptop that only supports VGA and HDMI out, get a screen that supports one of those cables.

However, other factors are at play. If you have a laptop that supports VGA and HDMI out, and you want to use another screen in a dual-monitor setup, connect the monitor to the laptop and use both screens. If you want to use the screen for a large movie audience, however, get something larger.

On top of that, if you plan to plug in a Blu-ray player, a PlayStation, and a Chromecast in addition to your laptop, make sure that there are at least three HDMI ports for those devices and a VGA port for your laptop, which is built-in only on HDTVs, not monitors.