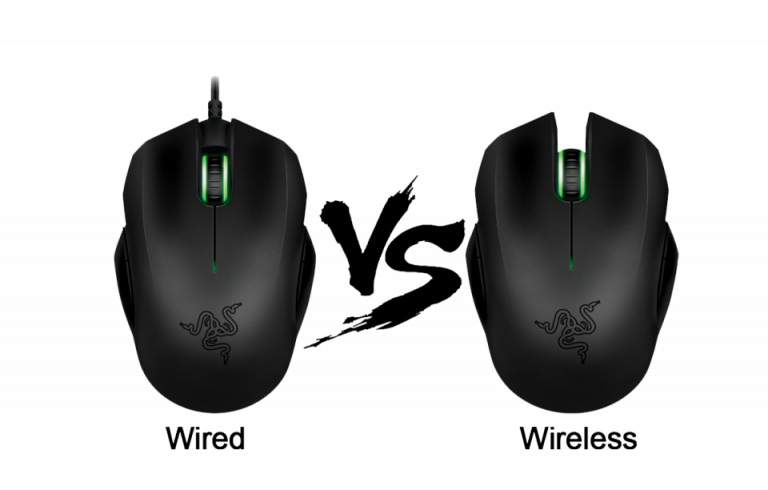 The tech industry is undergoing a concerted drive towards making wireless devices ubiquitous. From wireless charging to wireless computer mice, and wireless earphones, this is basically the new frontier.  But it hasn’t been all smooth sailing. Case in point: consumers initially protested Apple’s bid to do away with the audio jack slot in favor of wireless earphones. Unsuccessfully, I might add. As device manufacturers get on board, the novelty is wearing off pretty fast. While devices are getting slimmer and slimmer, wired devices like the computer mouse are continuing to take up PC real estate which they obviously can’t afford. That said, the wired mouse doesn’t look like it’s going anywhere anytime soon. With the demise of the mechanical mouse, let’s have a look at the case of RF (Wifi)/Bluetooth mouse versus the wired laser/optical variant we are used to.

The wired USB optical mouse is still the more popular of the lot. Even this, though, comes in two categories: Laser and Optical. The technology behind both is so similar to make them indistinguishable. Of the two, the Laser mouse is the newer technology, but don’t be deceived. The Optical mouse is still just as good, if not better in some respects.

Let’s get this straight: Optical and Laser mice are not restricted to just wired but also ship for wireless mice. Optical mice are prevalent in the market, especially for everyday tasks such as home and office use. Optical mice use an infrared LED light, usually red, as a light source. Laser mice on their part use an invisible infrared Laser source.

An optical mouse has about 2 buttons minimum and about 5 buttons maximum. A laser mouse, on the other hand, is more advanced and can have as many as 12 programmable buttons. These work in concert with the wheel to allow you navigate your computer.

While it’s disputable by some, the optical sensors are considered the superior of the two. They are supposedly more reliable and precise and have higher perfect control speeds and higher malfunction speeds. Optical mice are said not to fair that well with highly reflective surfaces.

It is said that laser mice can work perfectly on practically any given hard surface. Unfortunately, on soft surfaces with more depth, they pick up a lot of information leading to discrepancies with how they track your movements. 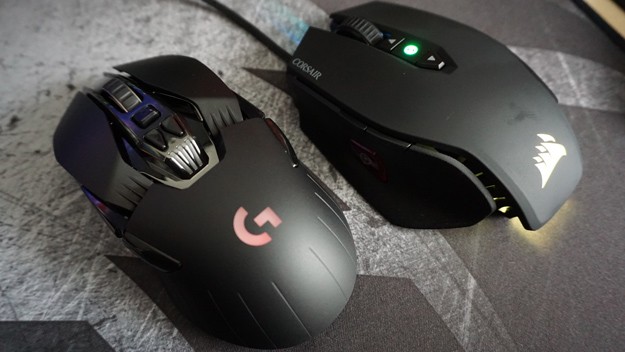 Like the Wired Mouse, the Wireless Computer Mouse also comes in both Laser and Optical variants. Both operate at 2.4 GHz frequency and a range of about 30 feet. Although one would wonder why anyone would wish to use a mouse from across the room, but who are we to judge? Being wireless, these mice require batteries (Usually AAA or AA rechargeable and otherwise) to operate.

To further break down the categorization, we also have the Bluetooth and RF (Wifi) computer mouse.

The RF wireless mouse uses a radio frequency (RF) to connect to a computer. It works in concert with a Nano/USB Receiver/RF transmitter which plugs into a USB port. The setup is basically Plug and Play. At the bottom of the mouse, there’s a small On/Off switch. Use this to power down the mouse when not in use and then back on when the need arises. While this might appear to be common sense, we would also like to clarify that the USB receiver has to remain plugged in when the RF mouse is in use. Lose/misplace this USB receiver, and the mouse is practically useless. And no, you can’t get a replacement receiver.

Computer Mouse users are split half and half in their opinions. Get ready to read fervent endorsements and ruthless diatribe: optical versus laser, wired versus, wireless and Bluetooth versus RF.  There’s talk of DPI/CPI (Dots Per Inch/Count Per Inch), Polling rate and all that mumbo-jumbo. At the end of the day, the info dump will drive you crazy. Our best advice is to create your own user experience. Try them all out and see what works for you. User reviews are simply personal opinions. The best we can do is show you all angles as then let you make the final decision. Happy hunting!